Anxiety disorders manifest through many different symptoms, and one of these can be mysophobia (aka germophobia). It is an issue that is more common than you may have realised, one which often leads to disrupted lives with increased levels of stress and anxiety. In order to find out more about this condition from the inside out, we have spoken with Ann Santori, a writer from Chicago who has been living with anxiety and germophobia. 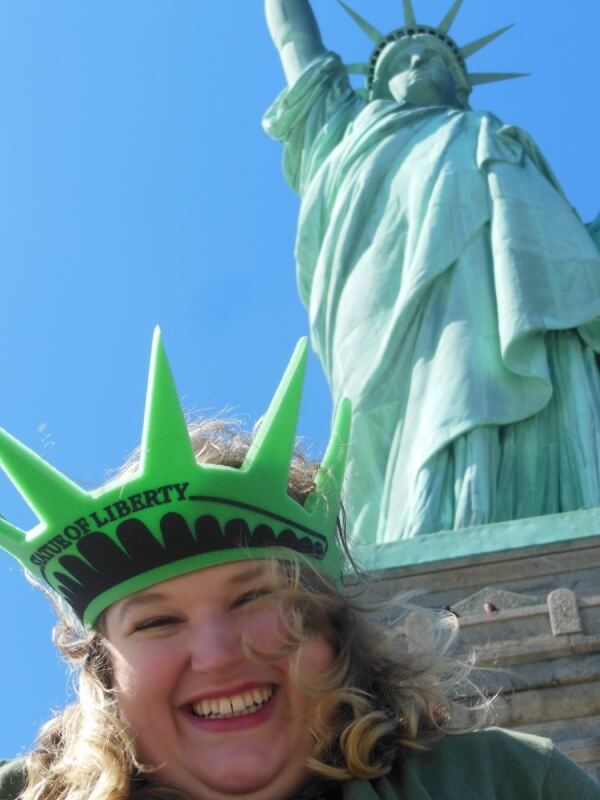 Tell us a little bit about yourself; what do you do and where are you from?

I live in the Chicago suburbs and work as a writer (for free, most of the time – *sigh*) as well as in a number of different paid positions (such is the plight of the post-grad life).  For the past year, I’ve worked with a government agency to implement the Affordable Care Act (‘Obamacare’) and with a non-profit organization where we are phasing in a job-training program for the unemployed and underemployed for the county.

When and how did you first realise you had an anxiety disorder?

Probably in college.  I had been putting the burden of my germaphobia and my anxious behaviors on my parents for many years, and for quite some time they had been encouraging me to see a therapist. I was very reluctant because I felt that if I admitted I had been having this problem all along, it would mean that all the years before I got help had been wasted somehow. I finally went to see a psychiatrist for a diagnosis, and subsequent medication management, the summer between my Junior and Senior years of college.

Do you have any defining moments that helped you decide to seek help or for when you began to feel like you had the disorder under control?

Before I started taking anti-anxiety medication I had persistent worries about going out more than two days in a row (yes, it sounds ridiculous!) My logic was that the ‘exertion’ of leaving the house on such a ‘frequent’ basis would lower my body’s immune system and leave me open to catching illnesses. I consolidated all my classes into Tuesdays and Thursdays and rarely went out otherwise.

But, the second semester of my senior year, after starting to take Lexapro, I was regularly staying out until the sun rose (on non-school nights, of course, I was still a straight A student!) I packed quite a bit of the past three years’ missed college experiences into that semester.

Now, at this point in my healing I am able to juggle a full-time job, which does indeed require leaving the house every day, and a strong social life concurrently, though I do go to bed a little earlier these days.

How do you find other people react to you when you talk about it?

It definitely depends. Anxiety disorders, like depression or ADD/ADHD, are at this point so widespread in our society that it’s very rare for someone to react with disbelief – as was the case for women suffering from mental illness even in the very recent past. Most people are open to the idea that you have this disorder, but that isn’t the same as understanding it.

I got sick very frequently in childhood, which was one of the reasons I developed my germ-based anxieties, and I will never forget how one pediatrician came to my mother, with me in the room, after finding out that my tests for bacterial infections (strep, etc.) were negative and suggested that maybe I was pretending to be sick because I “didn’t have many friends at school.”  And that was long before I developed an anxiety disorder!

But that mentality that every feeling — mental or physical — one expresses is directly related to one’s anxiety disorder is what is so infuriatingly condescending.  It’s the equivalent of telling a woman that she must be yelling at you because she’s PMSing. My whole is more than the sum of the parts of my anxiety disorder.

You’ve also got the well-meaning people who, when trying to comfort you during a particularly anxious moment, say things like ‘don’t worry.’  I truly believe that this is an unconscious soothing behavior and not meant to be hurtful, but to use this kind of language when speaking to a person with an anxiety disorder is kind of like telling someone with a migraine to stop his/her head from hurting.

The germaphobia is definitely the hardest for people to comprehend, and with that even friends and family will try to push your boundaries like grabbing food off your plate or teasing you for being picky or persnickety.

Specifically when talking about travel, what have been the biggest challenges you’ve faced due to mental illness?

Because my family didn’t have enough money to travel on big destination vacations when I was growing up, the first time that I had the opportunity to travel via airplane was in college, and I happened to come down with a sinus infection a few days before. Not exactly the best circumstances for my introduction to flying.

It was a long and difficult process for me to get to a place where I can fly with a low level of anxiety. I still take the Airborne vitamin supplements before/after getting on the plane, in addition to my normal ‘regimen’ of using a sinus rinse and gargling with mouthwash, which is something I do every time I settle back in after a day out, on the recommendation of a previous ENT doctor.

When I’m traveling with someone for the first time I definitely feel nervous about revealing that ‘ritual’ to them. Since others just aren’t bothered by these kinds of concerns, it’s hard to arrive at a common ground of understanding.

What are your best tips to those travelling with a mental illness such as yours?

You don’t have to be the kind of traveller that you see in the movies or read about in books. It’s perfectly valid for you to arrive at your destination with your typed itinerary, your laminated packing list, and your disinfecting materials. You’re still out there, exploring the great, wide somewhere. Don’t concern yourself with how others might be doing and ‘keep your eyes on your own paper,’ so to speak.

What’s the one piece of advice you’d give to someone suffering from an anxiety disorder?

Try to be okay with the ups and downs. I’ve changed medications three times now, tried talk therapy, journaling, meditation, and a number of other self-soothing techniques. Sometimes these treatments work for a while before you feel your anxiety levels rising again and you have to move on to something else.

Ann’s story shows us how hard it can be to admit to yourself that you have anxiety or germophobia, but once you realise the issues you are facing you can start to deal with them one step at a time. Sometimes behaviour modifications are a good way to control your germophobia and anxieties in order to get out into the world and achieve the things that you would like. Seeking help with this can be a liberating decision. You can read more about Ann and her story on her blog Half-Way to A Mid-Life Crisis.