Alcohol use difficulties generally involve repeated patterns of excessive alcohol consumption that lead to impairments in the ability to carry out daily activities, and disturbed cognitive function when intoxicated. Consumption can have various effects on your emotions, including the alleviation of anxiety and, at times, a deterioration in mood.

Some of the symptoms of dependence include:

Continued use of high levels, of either a consistent or sporadic (i.e. binge drinking) nature, puts individuals at a higher risk of accidents, suicide and violent behaviour.

Binge drinking is incredibly common in Australia and seems, at times, linked to our laid-back, light hearted and sports-loving culture. Despite being a society that encourages so-called ‘recreational drinking’, alcohol-related disorders and associated consequences are rampant and potentially fatal. Chronic alcohol abuse can lead to brain and liver damage, and recent research has suggested alcohol is as big a risk factor for cancer (breast, bowel, head, neck and throat) as tobacco. Chronic alcohol abuse can also contribute to mental health problems and destroy intimate and social relationships.

Alcohol is a toxic drug which can increase the risk of cancer, cirrhosis of the liver, dementia and dependence (NHMRC 2010 [accessed January 7th, 2021]). There are a lot of different reasons for binge drinking and alcohol use disorder. Many people drink to numb intense underlying feelings that are intolerable and/or poorly understood, such as depression, sadness, fear, guilt, anxiety, feeling inadequate, poor self-esteem and loneliness.

Addictions are commonly seen in people who have had difficult, abusive or neglectful experiences with parents or significant others in childhood or adolescence, who then enter adulthood ill-equipped to deal with the daily demands of work, relating to a partner and raising children. Drinking is a band-aid solution, and the alcohol really serves as a poison. It actually digs you into a deeper hole, emotionally and socially — and often financially. It can deceive you into thinking it’s the answer to your problems when it could be making them worse. Stop the problem before it gets worse.

Individuals using high levels of alcohol often require inpatient admission to safely withdraw from the substance. You should always speak to your doctor, psychologist or another mental health clinician to seek advice about how to safely cease alcohol use.

Once you have withdrawn from alcohol, a combination of medication and therapy is often implemented. Therapy may include motivational interviewing, which explores and enhances reasons for change, cognitive behaviour therapy (CBT), which explores how thought processes impact feelings and actions, including substance use behaviours. Research has also shown that long-term maintenance of sobriety or reduced use is enhanced by psychodynamic psychotherapy.

The trained clinicians at Bayside Psychotherapy will endeavour to help you address the thoughts and feelings you tried to suppress with alcohol.

Call Bayside Psychotherapy on (03) 9557 9113 to find out if we’re able to help you. Your call is completely confidential, and there’s absolutely no obligation.

You can also book an appointment by using our online booking form for online appointments. Or, if you prefer, you can book an in-clinic session.

The methods and options used by our practitioners are flexible. You can also download our self-hypnosis recording for binge drinking you can use on your own which may complement your sessions. Taking the first step and asking for help with your addiction takes real courage.

Don’t let uncontrollable drinking continue to rule your life and put it in jeopardy. Let’s work together to address your excessive drinking.

When it comes to binge drinking help, hypnotherapy, counselling and psychotherapy may help people who binge drink achieve greater self-awareness and inner control. With a willingness to work through issues with their therapist, heavy drinkers can learn strategies to feel better within themselves and less controlled by the urge to drink (or drink excessively).

In addition, it may sometimes help to find an Alcoholics Anonymous meeting, which are confidential meetings that provide additional help and support. Many individuals find the combination of group support and individual counselling works well.

Click here for FAQs and our current fee schedule.

Call Bayside Psychotherapy on (03) 9557 9113 to find out if we’re able to help you. Your call is completely confidential, and there’s absolutely no obligation.

You can also book an appointment by using our online booking form for online appointments. Or, if you prefer, you can book an in-clinic session. 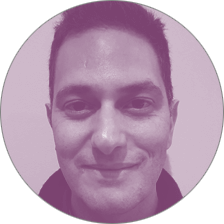 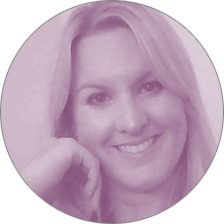 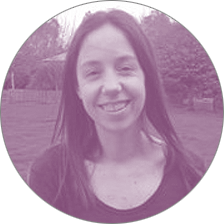 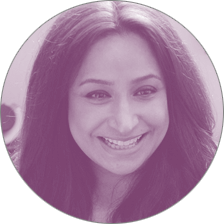 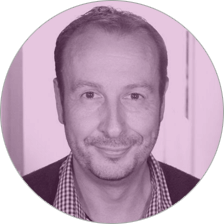 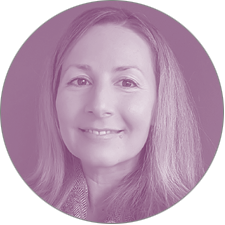 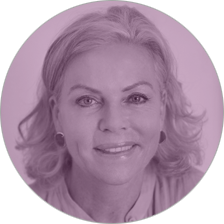 What Is Binge Drinking?

Binge drinking is characterised by a pattern of excessive alcohol consumption, where the person drinks intending to become intoxicated over a short period.  A "binge session" can last a few hours, several days, or even a few weeks.

There's still no general consensus on how many alcoholic drinks constitute a "binge". However, in academic research, to binge is to consume five or more (male) or four or more (female) standard drinks in less than 2 hours.

Most people who drink in this manner don't usually have a severe alcohol use disorder. Still, due to the long term consequences of alcohol abuse, binge drinking is considered a significant public health issue.

What Are Reasons for Binge Drinking?

Some people may drink due to social pressure, or perhaps they want to feel less anxious or awkward in a social setting. There's also a social stigma for younger people who don't drink at seasonal events, which causes a lot of unwanted binge drinking. But some reasons stem beyond the social aspect, such as loneliness, depression and other mental health issues.

Even though binge drinking is the most preferred source of alcohol consumption for students, binge drinking is also common among the 65+ age group. Binge drinking comes with risks such as injury and can lead to more severe conditions if done for an excessive amount of time.

If you or your loved one suffers from binge drinking, there's a chance they may be able to get help. Use or contact form to inquire or call us at Bayside Psychotherapy on (03) 9557 9113 to book a confidential appointment.

How Can I Get Help for My Binge Drinking?

At Bayside Psychotherapy, we have several treatment options available, but we focus on your specific needs and goals as we work together. Treatment may include a combination of evidence-based therapies administered by an experienced clinician. Our team at Bayside Psychotherapy has a wide range of experience, including counselling, psychotherapy and hypnosis/NLP, which puts us in a great position that may help you find an approach that suits your needs, preferences and goals.

Enquire by calling (03) 9557 9113 or book an appointment online to attend our clinic for a face-to-face or online session via a secure connection. Your call is completely confidential, and there’s absolutely no obligation.

Self-hypnosis may also work well when used in conjunction with counselling. You can download our Binge Drinking Self Hypnosis recording from our website.

How Long Will Treatment Take?

After a few treatment sessions, we can discuss progress and either continue down the original path or alter treatment based on your needs. Everyone is different. Treatment and progress will depend on what underlying issues are driving the drinking problem, and how willing you are to address important issues. The recommendations of our therapists may include regular sessions for long-term results.

After you have things under control, we can decide to space out the frequency of your sessions until you are ready to discontinue them. Your level of commitment to changing drinking habits in the long term is one of the most major factors in treatment duration. We are committed to you for as long as it takes.

Note: This information is informative only and is not to be used for diagnosis or substitution of appropriate assessment and/or treatment by a registered practitioner. Information on this page and our entire site should not be construed as implying that our therapists are specialists in treating any particular condition. While some of our therapists may have experience working with people suffering from a specific condition, not all of our therapists do. We do not guarantee any particular level of performance, cure or management of symptoms. Each case is unique and responds differently to treatment, and collaboration between client and therapist is crucial. Always seek an appropriate assessment from a qualified professional such as a GP, psychiatrist, clinical psychologist or social worker before seeking treatment, and especially if you are acutely distressed.

Time to start therapy?
Email Us