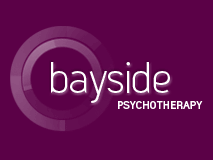 Anxiety disorders can affect people from any walk of life but often many struggle to recognise that they are experiencing anxiety and it can be common for people to want to keep the issue private. This means that many can find it tough to admit there is a problem, often relating it to general “stress” or in Andrew’s case being “highly-strung”. In a series of interviews conducted by Bayside, we attempt to shed light on the issues surrounding anxiety and find some common ground for those who experience anxiety.

Tell us a little bit about yourself; what do you do and where are you from?

I am a twenty-two year old American student currently finishing my Finance and Economics degree at the University of Toronto. I grew up in suburban New Jersey, about forty minutes outside New York City. Aside from working in marketing for a small software company and school, I also intern at a Torontonian non-profit organisation called the Self-Help Resource Centre. The SHRC facilitates the connection between peer-support groups of any sort (from diabetes, to recovery from mental-illness, to cardio-vascular disease) with anyone facing something that significantly affects their well-being.

When and how did you first realise you had an anxiety disorder?

For most of my life, I always sort of assumed that I was ‘high-strung’; I would get frustrated easily, worry about anything and everything, get stuck on certain ideas and simply be stuck in a state of general sadness. For me, this was just ‘how I was’, since I didn’t know anything different.

When I was eighteen, I left my parents’ house to move to Canada for university. With the big change, both geographically and academically, in addition to issues in my personal life over the next year, and concerns about my health (a cancer scare), my operating level of what I would later know was depression and Obsessive Compulsive Disorder rose significantly. During this time, I began imagining that cysts were growing on my left shoulder and neck (I knew that they weren’t actually there, but I could feel them). As my life grew more stressful for a variety of reasons, the ‘cysts’ and my little obsessions, like checking to make sure the stove was off, the doors were locked 7 to 10 times in a row, ‘grew’ to become more and more a part of me. For a long time, I was able to deal with these stresses (sort of), but over time, it wore me down. At my worst, for a short period, I was basically incapable of doing anything without having a panic attack.

I think when my loved ones witnessed me, a fully grown man (sort of), crying over little things, or nothing, was when it became abundantly obvious that I had a problem. It was at this time, at the urging of my loved ones, that I went to seek help. I had half-heartedly attempted recovery from depression a few years before, but I wasn’t ready to take responsibility for myself, and the therapist wasn’t right for me, so it didn’t really work.

Do you have any defining moments that helped you decided to seek help or for when you began to feel like you had the disorder under control?

Over time, with therapy and peer-support, I was able to take on more and more stresses without falling back into my old ways. I don’t think I have a defining moment for when I knew I had my anxiety under control, but I do remember noticing along the way that things that used to trigger anxiety were no longer a problem.

The most salient moment of my recovery, however, was actually a couple months after I decided to seek help. I was sitting in a peer-support group and someone told me that I couldn’t control what happened to me, but I could control how I reacted to it. This was something my dad used to say to me as a kid but it never really ‘clicked’ until that moment. Once I really took responsibility for myself, I found that my recovery moved a lot more quickly. It wasn’t that I wasn’t doing anything for myself before that, or that I didn’t get a lot of support from others after that. It was simply that in order to affect myself positively, I had to enact change from within, and not simply wait idly for things to magically transform for my benefit.

How do you find other people react to you when you talk about it?

Overall, I find people to be understanding; most people empathize with me in some manner or another by telling me that they, or a loved one, has dealt with depression or anxiety in the past, or is currently working through it. Occasionally, I find that people make weird assumptions about mental illness, but I think as the international-trend of awareness and education continues, those assumptions and stereotypes will be quashed.

In general, I have found that people react positively when I am open about my history of mental illness. I’ve gotten a lot of support from close friends and family, acquaintances, people I haven’t seen since high school and complete strangers. There is this amazing trend on twitter of people documenting their recovery and giving support to strangers going through the same things they have. I find it beautiful to witness, and extremely inspiring.

What have been the biggest challenges you’ve faced due to mental illness?

I never really face much adversity due to my OCD or depression, so I suppose the hardest thing was getting out of bed and making myself go to the first few appointments at the beginning of my recovery. I know this sounds facetious, but I’m being totally serious, the hardest part was starting.

What’s the one piece of advice you’d give to someone suffering from an anxiety disorder?

The one piece of advice I would give would be the same piece of advice that turned my life around: you can’t control what happens to you, but you can control how you react to those things. Obviously this is easier said than done but when you commit to this way of thinking there is no stopping you.

There is this new trend that is becoming popular that I think is immensely important. It’s the idea that everyone has mental health in the same way that everyone has physical health. On one side of the spectrum people are healthy, either by chance, or because they have dedicated a part of their life to living mentally healthily (which is the same with physical health). On the other side of the spectrum there is mental illness. This also occurs by chance, or through poor-maintenance of mental health (again, similar to physical health).  I think that we as a society have this tendency to only talk about mental health through the lens of mental illness, when in fact we should also be talking about maintaining a mentally healthy lifestyle, part of which is recovering from, and preventing mental illness.

Andrew’s story demonstrates how difficult it can be to recognise that you have an anxiety disorder but support is available once you know where to look. It is difficult to take that first step and realise that you have anxiety but asking for help attending support meetings can be the path to feeling better. As Andrew mentioned “you cannot control what has happened to you, but you can control how you react to it.”

Andrew also is a contributor for a mental health blog and his linkedin page is here. He writes about breaking down the stigma that surround mental health.

This post is part of our Anxiety Awareness Campaign at Bayside Psychotherapy; alongside Andrew’s interview we have spoken to John Cantor, Kayleigh Johnson and Ann Santori to find out all about how they live with an anxiety disorder. We want to help spread an understanding of anxiety and those who experience it in their everyday lives. Whilst each case of anxiety is unique, through sharing knowledge sharing and talking about it the issue we hope to develop a community of people who can help each other.

The above methods for coping with anxiety are Andrew’s and following these methods doesn’t replace seeking proper psychotherapeutic treatment.

Or send us a confidential email.